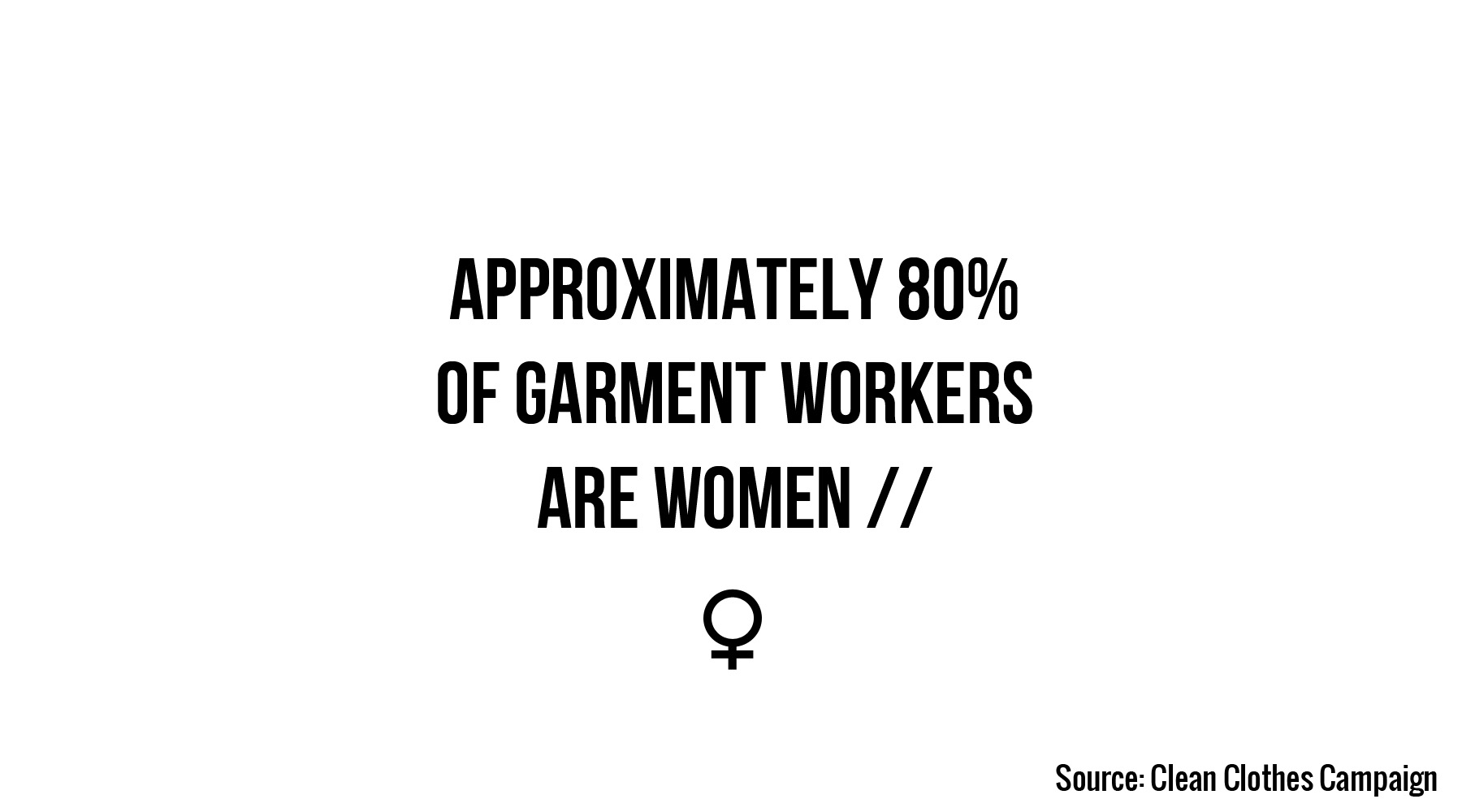 INSPIRATION // Why women bear the brunt of fast fashion

This International Women’s Day, we’re taking a look at the issues and how we can join the call for change.

Gender discrimination and inequality is widespread in many garment producing countries. In this sector, it’s not uncommon for women to be subjected to pregnancy tests during employment or the recruitment process. There have been many reports of women facing abuse or sexual harassment at work in clothes factories across the globe. Over five years to 2017, Human Rights Watch documented cases in Cambodia, Bangladesh, Burma, and Pakistan, while Clean Clothes Campaign exposed cases in Eastern Europe. 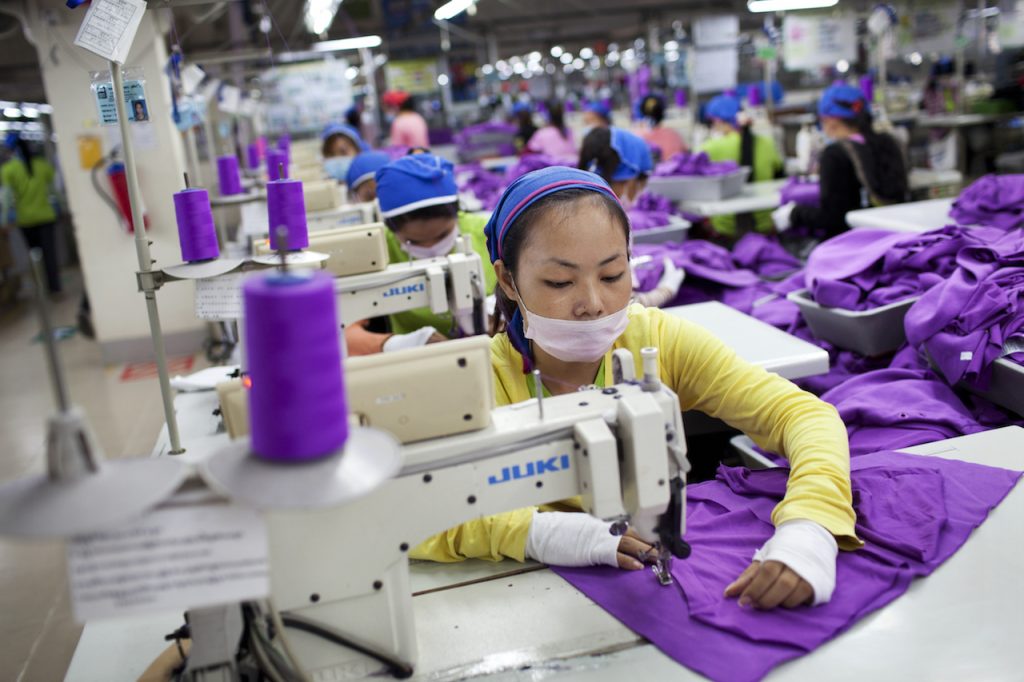 Image by WIll Baxter, from labourbehingthelabel.org

According to the Clean Clothes Campaign, women are often preferred over men to work in the garment sector – under cultural stereotypes they’re often seen as being more passive or flexible. Also their domestic responsibilities tend to restrict their free time and energy. As a result they’re less likely than men to be choosy about who they work for, or put pressure on their employers for better working conditions.

Wages in the global fashion industry are notoriously low. The minimum wage set by many garment producing countries aren’t sufficient to cover even the most basic costs like food and rent. Many women are left with difficult choices to make about sending children to school versus giving them enough to eat and a roof over their heads.

There have been many cases of garment workers in Cambodia fainting at work, sometimes en masse, due to hunger and exhaustion.

In Tamil Nadu, southern India, SOMO found that young girls (15+) were being recruited from impoverished rural villages to work in spinning mills. They were promised a good wage and a lump sum after three years, but often ended up working under conditions which amounted to forced labour. 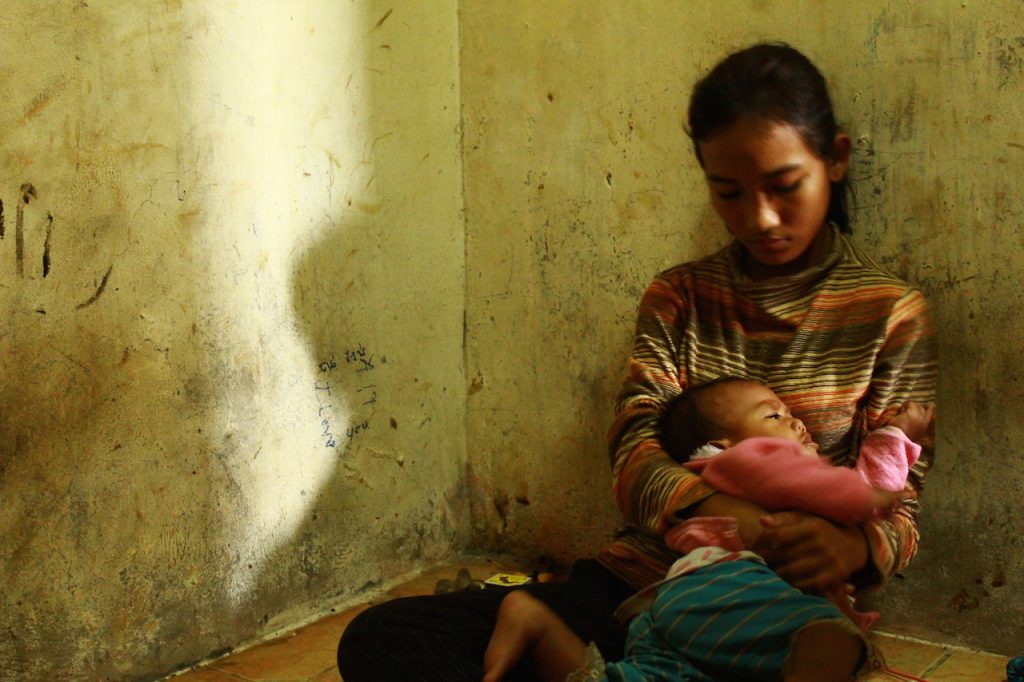 Those who support the capitalist world view might say the garment industry provides opportunities for women to better themselves – lifting them out of povety by creating jobs. Campaigners counter that it does the absolute opposite, locking women into poverty by enforcing long working hours and unacceptably low wages.
There’s a great article by Emilie Schultze on this topic on the Fashion Revolution website.

Then, when you look up to the highest postions of power in fashion, women are drastically underrepresented. In 2015 it was reported that none of the 15 (US) mass-market apparel companies on the Fortune 500 list had a female CEO. 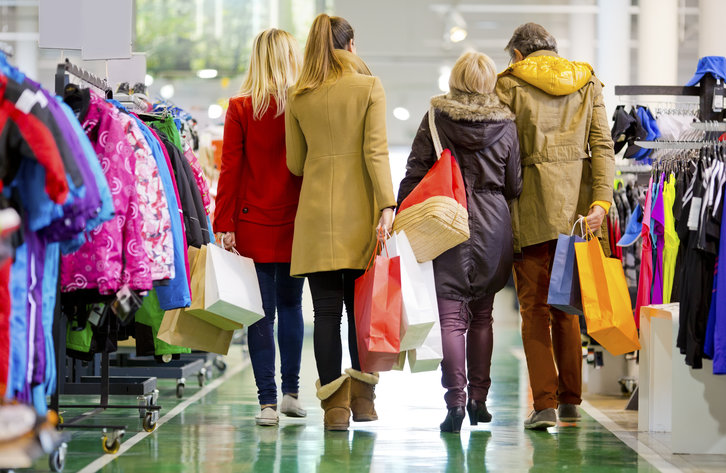 Though men reportedly spend more on clothes than women, the fashion industry sells clothes by making (predominantly) women feel inadequate. Ads and magazines endlessly push the message that you can change your life by changing your wardrobe.

Not only that, but fast fashion’s churned out trends KILL creativity. We don’t believe you should wear what a big corporation ‘tells’ you to. We think you should be free to express your creativity through the way you dress and develop a sense of style that is uniquely YOU! If that means wearing the same moth-eaten jumper daily for decades, that’s fine – you do you.

All these cheap clothes are clogging up our lives too – taking up space in our wardrobes, and taking up our TIME! Time to do laundry and wardrobe decluttering and simply figuring out what the hell to wear each day. It’s exhausting!

Something’s got to give.

So what can you do about it? 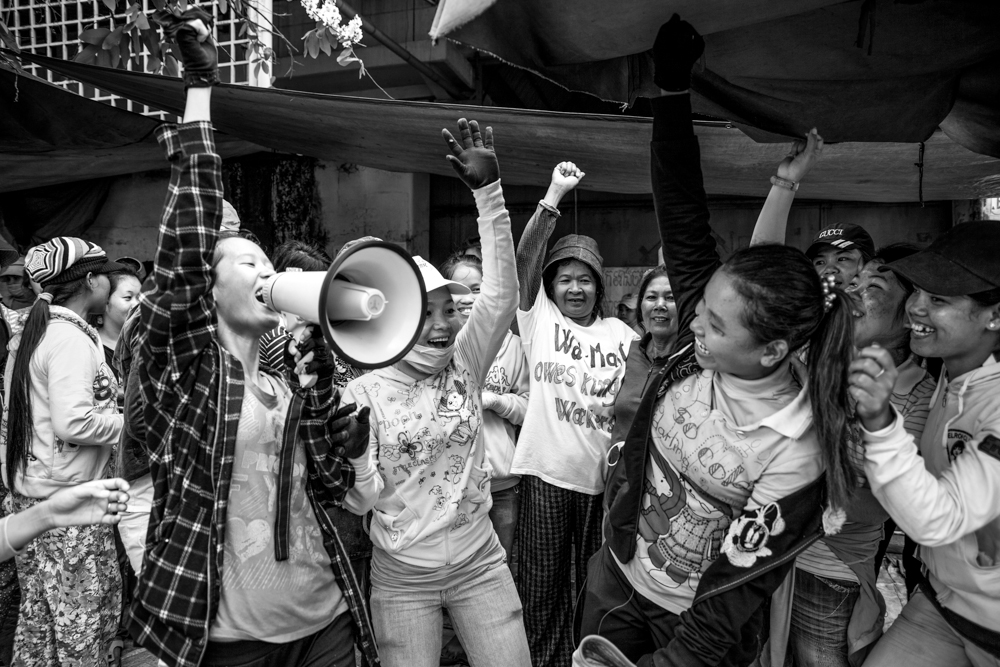 First and foremost – USE YOUR VOICE! Despite all the challenges stacked against them, women working in the garment industry are an unstoppable force at the forefront of trade unions and movements calling for change. Indeed, female worker movements are the roots of International Women’s Day.

At the consumer end of the fast fashion chain, it’s easy to feel powerless. But showing solidarity with and amplifying the garment workers’ struggle here in the UK is vitally important. We are also well placed to influence UK brands’ policies, and call on the govenment to make changes.

If you’re in Manchester, join the Sustainable Fashion Supporters Manchester Facebook group. It’s a community of changemakers in Manchester interested in learning more about the issues, finding out about local events, workshops and brands, and getting involved with campaigns to push for change. 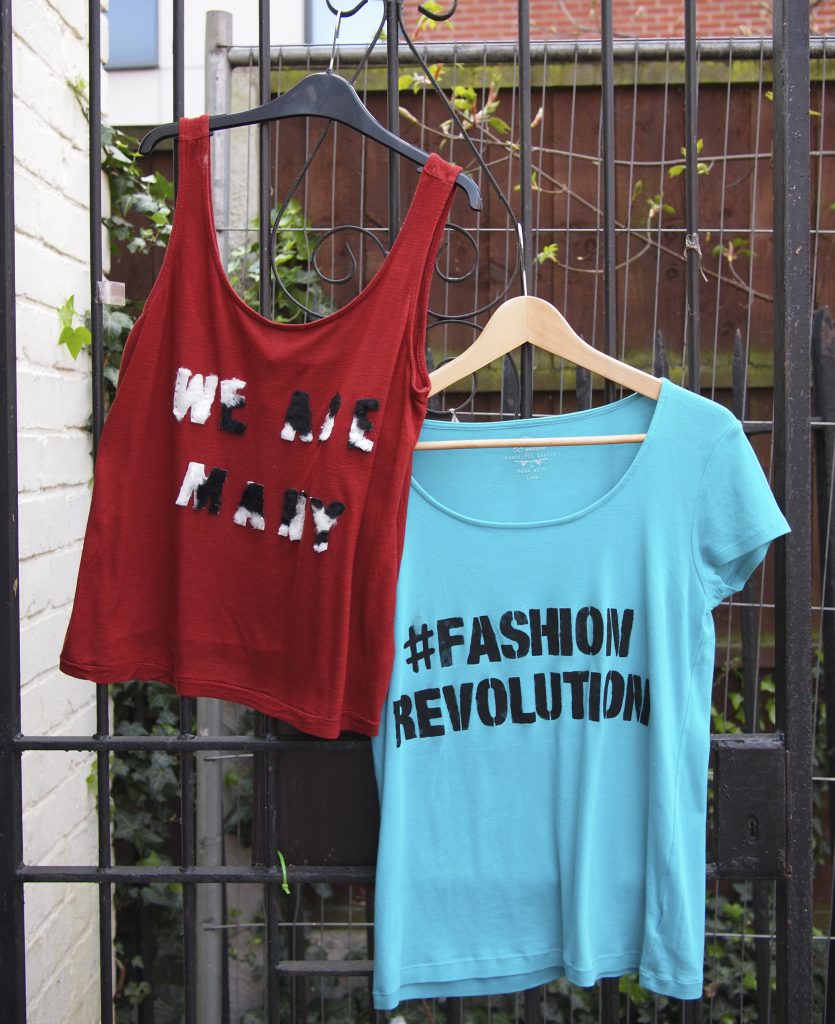 On Saturday 21st April here at Stitched Up HQ, we’re holding a FREE day of activities with workshops, a film screening and discussion. We’re aiming to get as many people from Manchester as possible to engage with the Fashion Revoution Week campaign. Come along and get involved!

If you’re not based in Manchester, why not show your solidarity by supporting organisations that amplify womens’ voices in the garment sector. Despite the odds stacked against them, there are many courageous women across all garment producing countries fighting to change things – creating and joining trade unions and lobbying governments.  Labour Behind the Label and War on Want both do really inspiring work in supporting these women and raising awareness among consumers in the UK.
Follow them on social media or sign up to their mailing lists. Maybe you could even fundraise for them by hosting an event or taking part in a sponsored challenge like the Six Items Challenge.

2. Vote with your wallet

When you do need to invest in some new clothing, consider supporting a clothing brand that actively empowers women.

We’ve suggested a few below, but we know there are loads more! Please send us your suggestions for any brands that should be on this list.

What all the brands below have in common is that they actively make efforts to connect the makers of their clothing with the consumer, by sharing stories and revealing their supply chain. 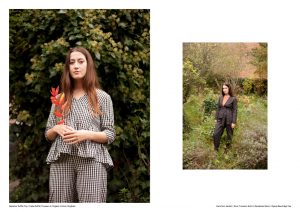 Birdsong – Birdsong make gorgeous clothes in partnership with women’s organisatons from ‘migrant seamstresses to knitting grannies’. Not only that but they’re also keeping it real with a ‘no Photoshop’ rule for their product shots.

People Tree – established in 1991, People Tree was a pioneer of fair fashion. The company works with artisans in many different countries to make its clothes – including Bangladesh, India, Kenya and Nepal, preserving traditional skills and cultural identities. The company says it uses fashion ‘as a tool for sustainable development’. 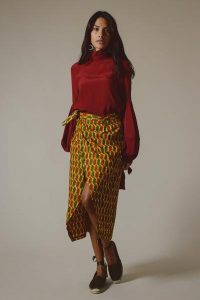 Mayamiko – Mayamiko’s clothes are made at the Mayamiko Lab in Malawi. The project provides training in sewing and tailoring to local, disadvantaged women, who are affected by the HIV pandemic or who are carers of HIV orphans. Any profits from Mayamiko go back to supporting the Mayamiko Lab.

Here’s wishing you all a positive and forward-thinking International Women’s Day!