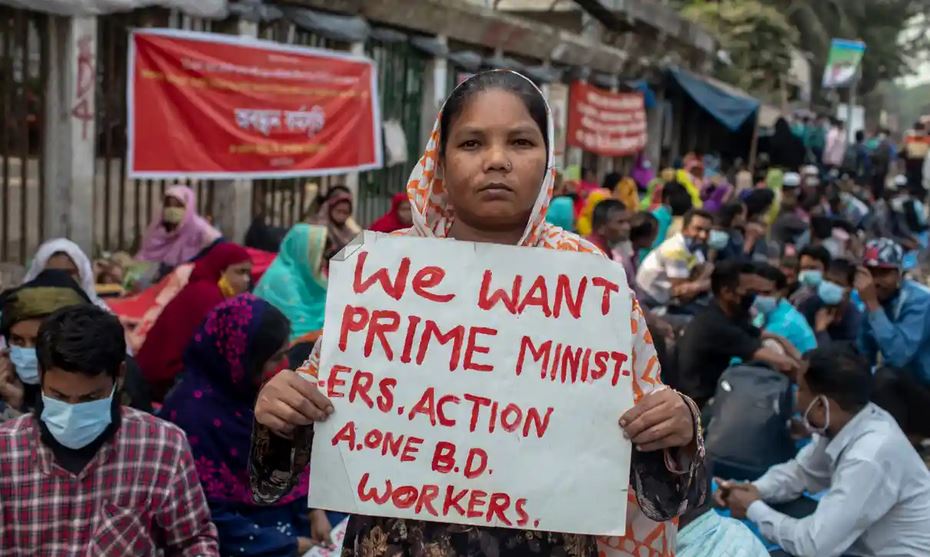 Today is World Day for Decent Work. The International Labor organisation say that Decent Work means opportunities for work that are productive and deliver a fair income, security in the workplace and social protection for families, better prospects for personal development and social integration, freedom for people to express their concerns, organise and participate in the decisions that affect their lives and equality of opportunity and treatment for all women and men. The UN recognises a living wage as a human right. And yet, according to @cleanclothescampaign, no major fashion brand can prove that all workers in their supply chain earn a living wage.

With so many fashion factory jobs paying poverty wages, and creating insecure jobs via temporary contracts or piecework, its jobs are about as far from decent work as it’s possible to get.

There is so much work to be done, but there are ways we can help.

Here’s some recent good news for garment workers and a few organisations to learn from and support:

@payupfashion is a campaign calling for brands to pay for orders cancelled during the pandemic, so that workers can be paid. The campaign still needs your help because many brands are yet to pay, but so far has unlocked $22 billion owed to factories and garment workers globally.

The Accord on Fire & Building Safety in Bangladesh, a legally-binding agreement which ensured factories were made safe for workers, expired this year. In August it was announced that negotiations to renew the Accord had been successful and that it would be expanded to other countries. This new agreement called the International Accord for Health and Safety in the Textile and Garment Industry came into force on the 1st September this year.

@labourbehindthelabel a UK-based organisation which campaigns for garment workers’ rights worldwide and represents @CleanClothesCampaign in the UK.

@solidarity_center US-based international workers rights organisation – check out their podcast for perspectives from workers and organisers.

Get in touch if you’re based in Manchester and would like to join our actions supporting the work of these organisations.