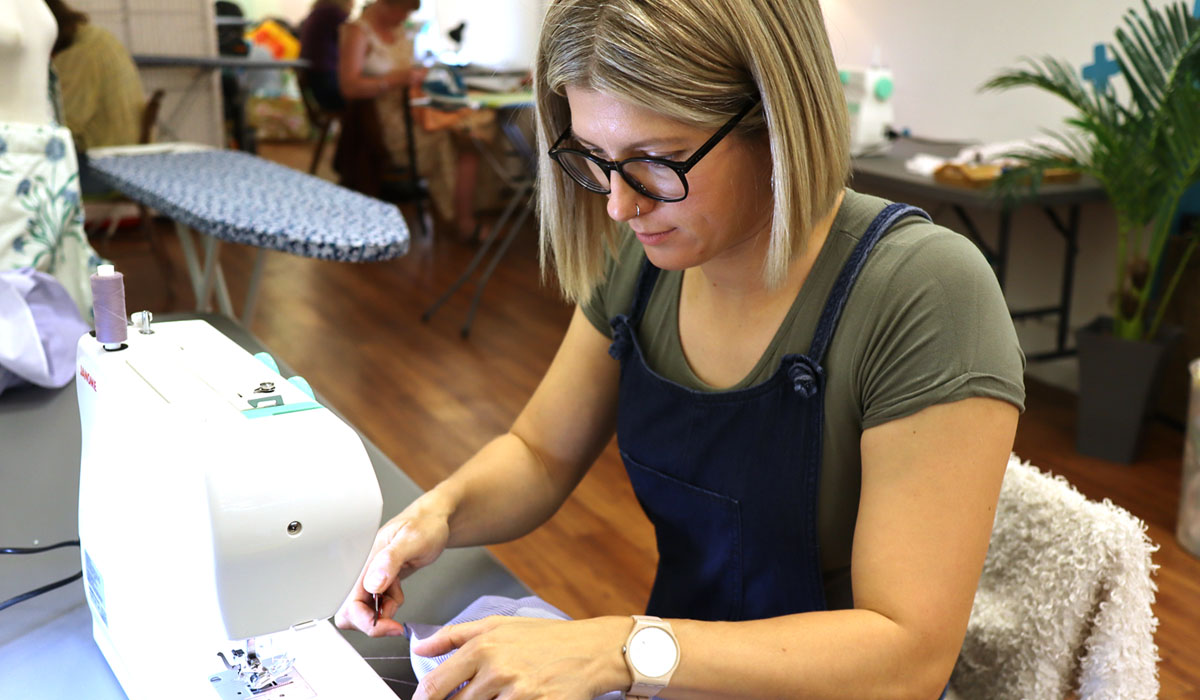 An exciting new study has found that knowing more about how clothes were made can have a transformative effect on people’s relationship with fast fashion.

The study shows that learning about clothing production, and how to make, mend and modify garments, can encourage adoption of more sustainable clothing choices, such as buying fewer new outfits and repairing.

This idea has been the driving force behind Stitched Up since our very beginnings in 2011 and it is embodied in our work on a daily basis, so we’re delighted to see these ideas being backed up by academic research.

Something we’re always keen to emphasise is the fact that mending, reworking and making your own clothes, as well as swapping and sharing them, is not just more sustainable, it’s more fun and provides much-needed opportunities for connection. Sustainability isn’t all about sacrifice – it’s about finding a more fulfilling and enriching way to live.

Further demonstrating the importance of practical and engaging activities, the study also reveals that people won’t be persuaded to avoid fast fashion if there are attempts to “educate” them – those involved in the study said they felt it was alienating and discouraging.

Some excerpts from an article about the research on the University of Exeter’s website:

The study, published in the Journal of Material Culture, says to encourage more sustainable behaviour people need to be given the space to learn rather than be taught “approved values and behaviour”. One participant from West Midlands said: “We’ve had quite a few good chats about cheap clothing and not demonising it and the privilege of being able to clothe yourself adequately. … We’ve been talking about … the privilege of being able to make ethical clothing choices when you’re on a low income and … one of the dangers of it is that it becomes, like, a bit of- there’s some snobbery in it’.

In a pre-workshop wardrobe audit in Cornwall, another participant said: “I don’t think it’s about shaming people about what they buy, and going “and that’s wrong”, I think it’s more about helping people make more informed decisions.”

Dr Joanie Willett, from the University of Exeter, said: “We found the driving factor for avoiding fast fashion lies in realising clothing and the materials that it is made from are precious, and embody labour and time. After the workshops people expressed a desire to reduce their clothing either by buying fewer goods of better quality that they expected to be able to keep for longer or choosing not to buy anything at all for an extended time.”

PROJECTS // The Kathleen Project: Uncovering Manchester's Industrial heritage, as told by those who lived it

EXHIBITION // EMBROIDERY HOPES ON NOW IN OUR GALLERY WINDOW