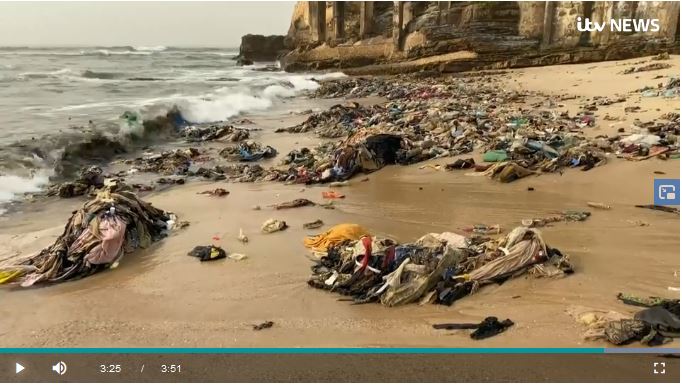 We were delighted to see the issue of fast fashion waste being investigated by ITV News this week. While us UK fashion shoppers are often told to donate to charity rather than throwing clothes in the bin, we are rarely hear about where these donated clothes end up. 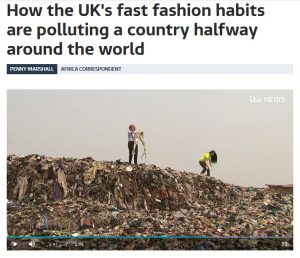 The report looks at the mountains of poor quality clothing waste which are shipped to Ghana from the UK, overwhelming the country’s waste management systems and pushing second-and clothing traders out of business. 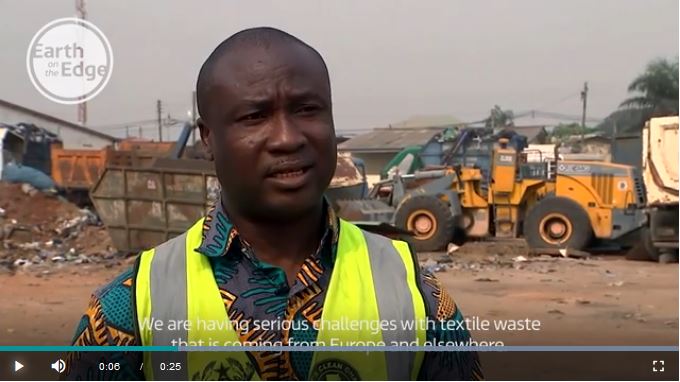 “The UK’s 70% recycling rates for clothes is one of the best in the world, making an estimated £100 million for charity.

However, we can’t just shove things into collection bags and hope for the best.”

It is often assumed that clothes sent to charity shops in the UK will find new, loving homes. But as this investigation shows, nobody wants low quality used clothing – it is waste. When we export these items, all we do is move the problem around, leaving others to clean up the mess. 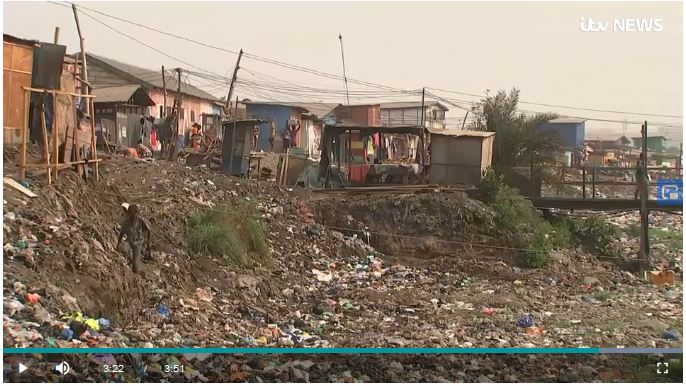 The article shows informal landfill sites springing up in communities in Accra, as a result of the authority’s waste services not being able to cope with the influx of secondhand clothing. Textile waste is shown in the sea and strewn about near people’s homes.

As one solution, ITV News looked at tighter regulation on clothing waste, to prevent poor quality waste clothing being dumped on coutries like Ghana. This is something we’d fully support. Though unfortunately, it seems that the government would not, given their rejection last year of 18 recommmendations to reduce the environmental impacts of fast fashion.

“Recycling your cast-offs does a lot of good: environmentally, it’s keeping 650,000 tonnes from UK landfill and economically it is helping developing countries create work and income.

But we’ve found that lack of checks leaves an open door for unscrupulous traders around the world to sell unsuitable clothes to developing countries.”

We clearly have much work to do here in the UK, to pressurise our government into holding companies to account and demanding that they deal with this enormous waste problem.

On a positive note, the news channel suggested actions that consumers can take to reduce clothing waste, including going to clothes swaps and upcycling instead of buying new (in which we get a very brief mention!) and caring for clothes so they last longer.

If you fancy getting involved, check out our upcoming events here. 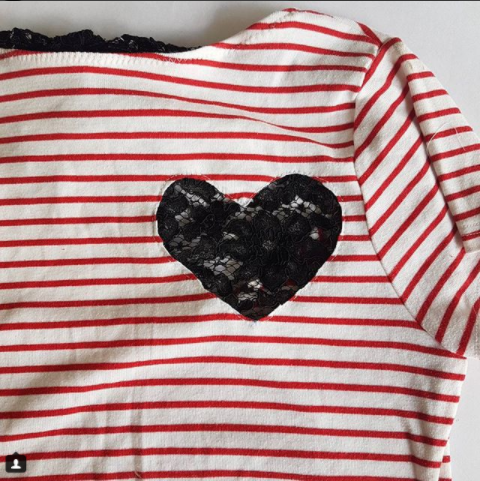