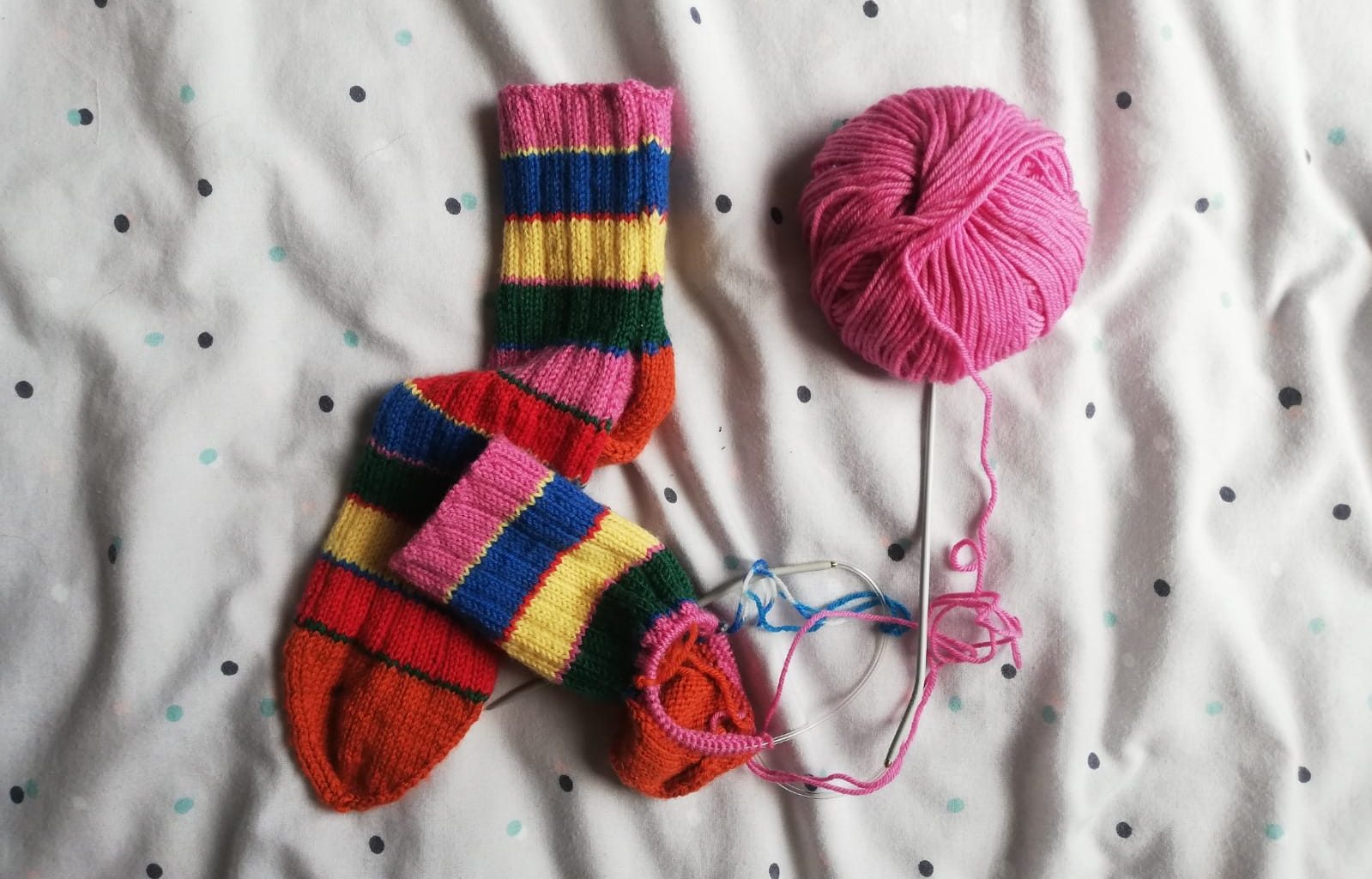 It’s been three months, aka a quarter of a year (say whaaaat!), since our team decided to join n the Make and Mend Nine, or Shop Your Stash Challenge!

We thought it was about time for an update on our progress.

If you’re not sure what we’re on about, the Make & Mend and Shop Your Stash Challenges are a response to the #MakeNine Instagram challenge.

@judithrosalind has proposed #12fabrics12months, where all of your projects for the year ahead are based on fabric you already own.

And Joy Margot from @PinkCoatClub renamed the #MakeNine the #MakeAndMendNine, setting out nine projects which can be new makes or repairs.

You can read more about those on our first blog.

The Stitched Up team took on this challenge in January (alongside No New Clothes for 2020 – more on that another day).

We have named it the #ShopYourStash Challenge, with some added #MakeAndMendNine flavour, of course!

So how are we getting on?
Well, all of us have done something, and most of us have stuck at least partially to our plan!

Bryony has completed two of her nine projects. One if a repair of a favourite cotton top, and the other, fixing up a badly ripped jacket lining. She’s also started drafting a pattern for a leather bag. 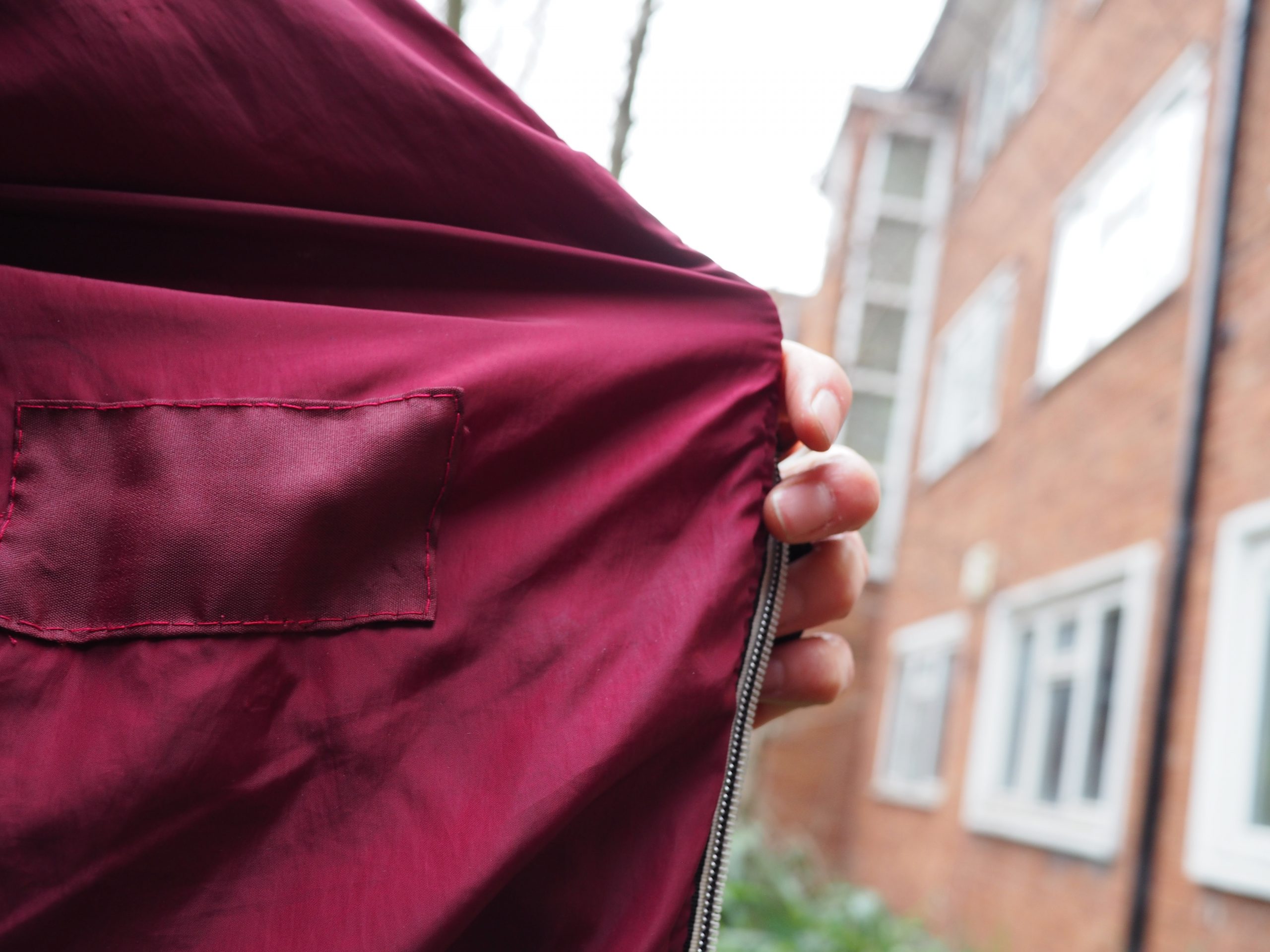 Caitlin has finished one of her nine so far – covering a stain on a jumper and adding some more darns for a pop of colour! 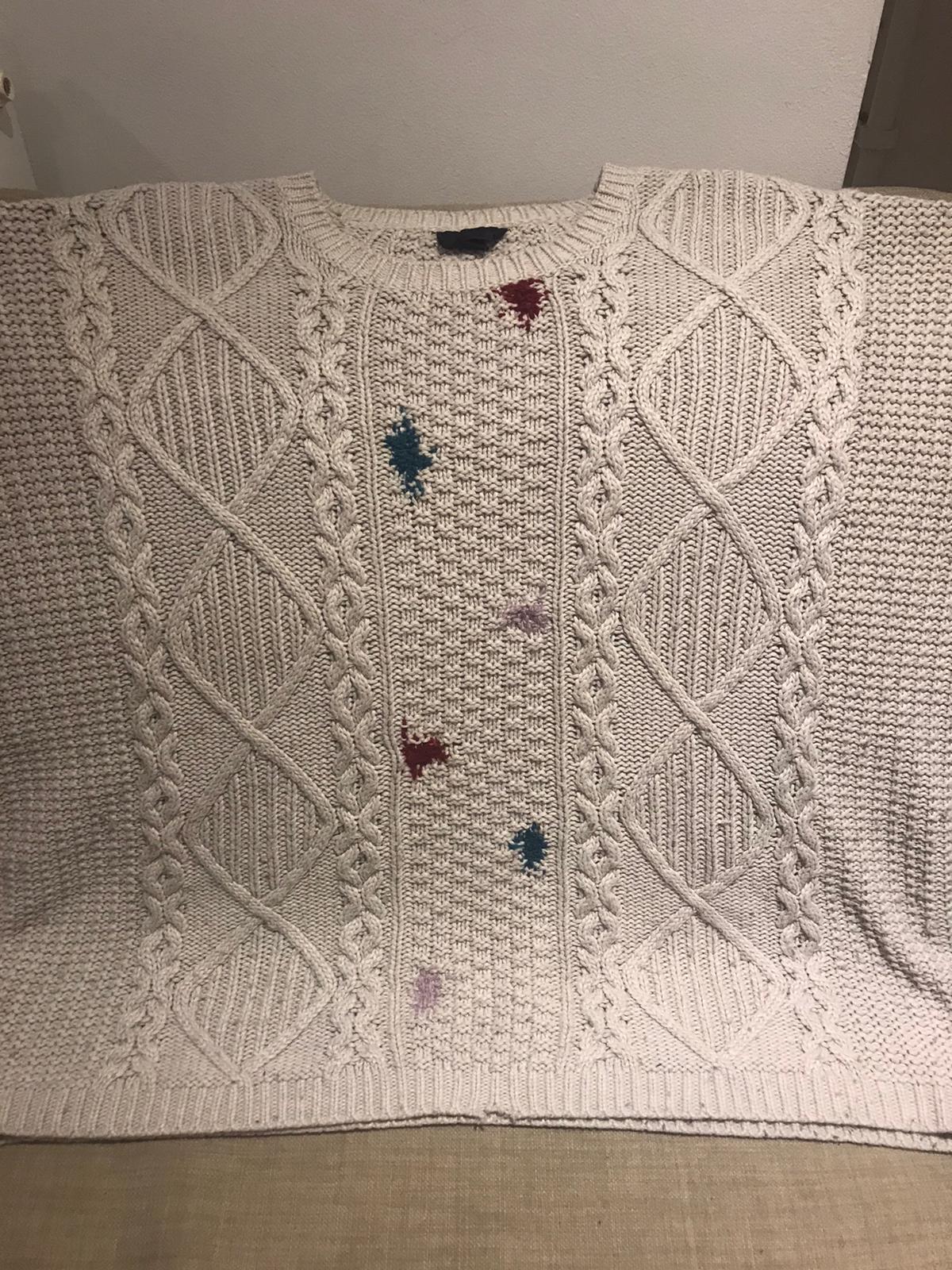 Jo has been working on her patchwork quilt and been making more hexagons for her EPP quilt. 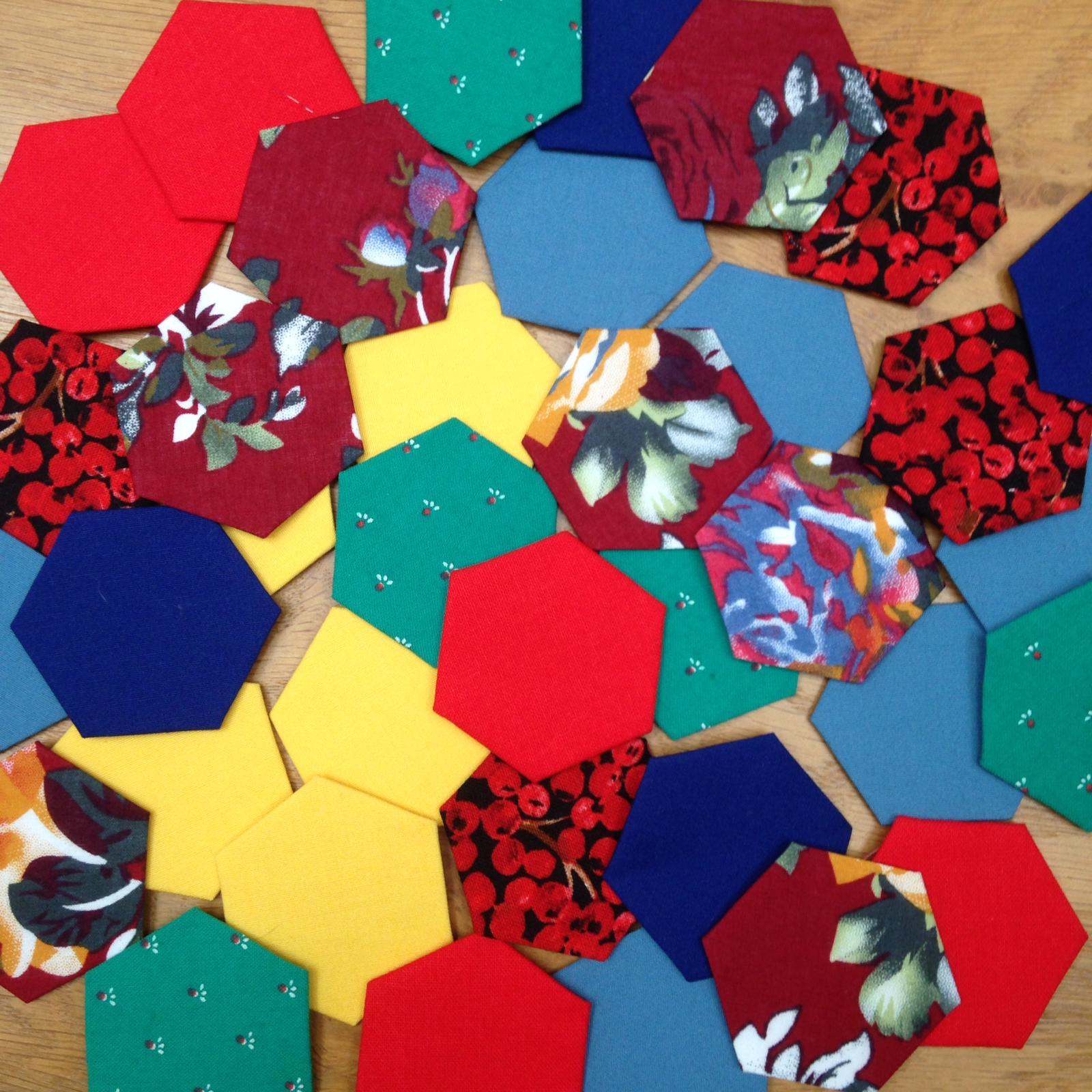 Sarah has knitted 75% of a pair of socks. She has also fixed her dungarees, but they since ripped even more, to the point of becoming unwearable. So, she took them apart and used them as a pattern to sew a new pair with fabric from her stash. 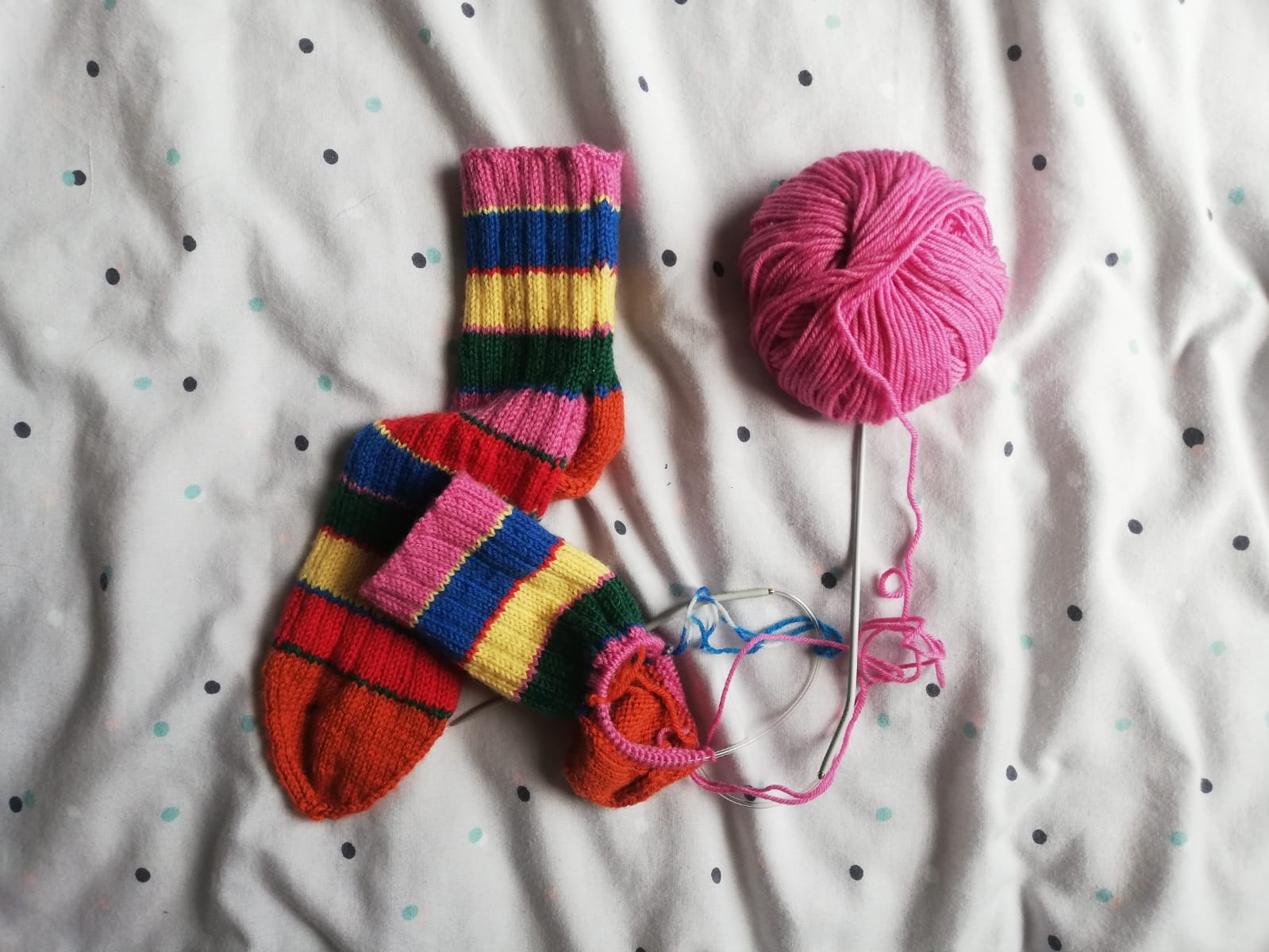 Sue (the star of the group) has completed four out of her nine projects already! She’d also started on a fifth one, a doll, but her proportions somehow became incredibly distorted and she has now been repurposed for cushion stuffing, poor lass. 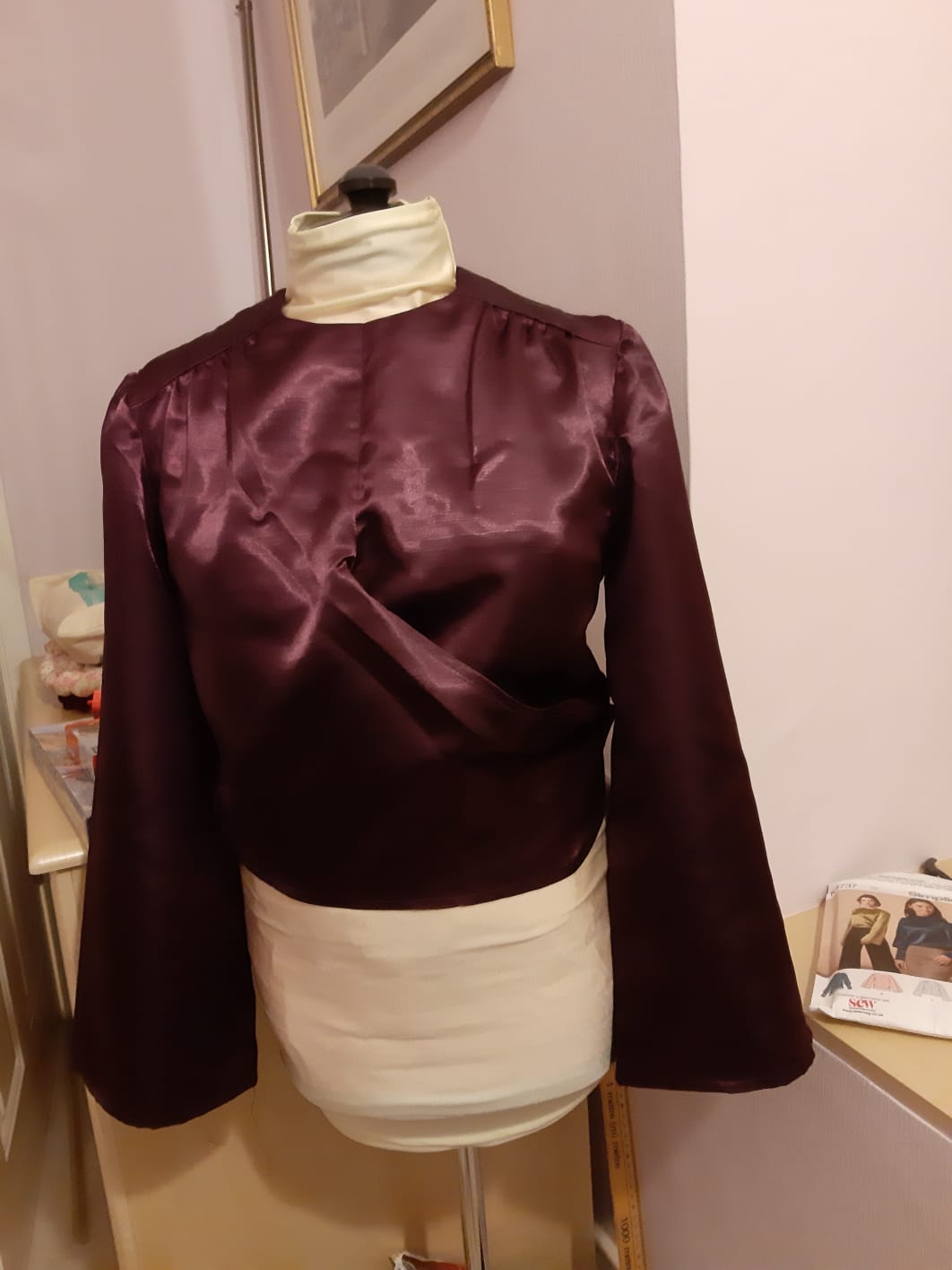 Some of you guys have been sharing your #shopyourstash / #makeandmendnine with us on social media.

Here’s one from Sarah: 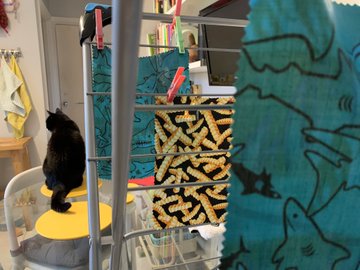 Are you taking part? There’s still time to start now! Tell us what you’re working on.

COVID UPDATE: We are making plans to re-start our workshops and events this Spring. We will be prioritising workshops for those who already have tickets, and after this we will reopen bookings to the public. Our popup in Stretford Mall reopens on Weds 14th April and wil be open Weds-Sat 12-5pm for browsing our reclaimed fabrics + sewing supplies, or to collect orders placed via our online shop. We look forward to seeing you all!
CONTACT US >>
This website uses cookies to improve your experience. We'll assume you're ok with this, but you can find out more here: ACCEPT PRIVACY POLICY
Privacy & Cookies Policy