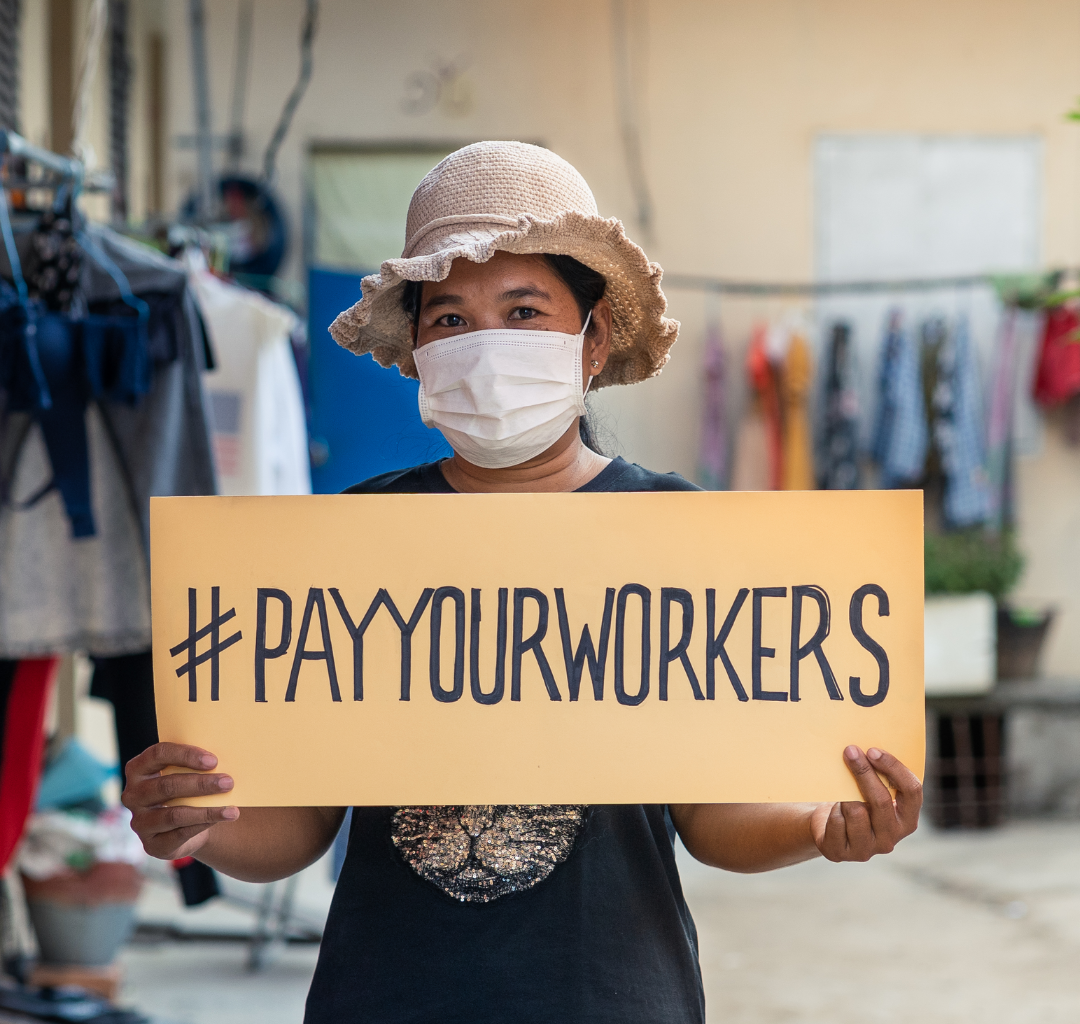 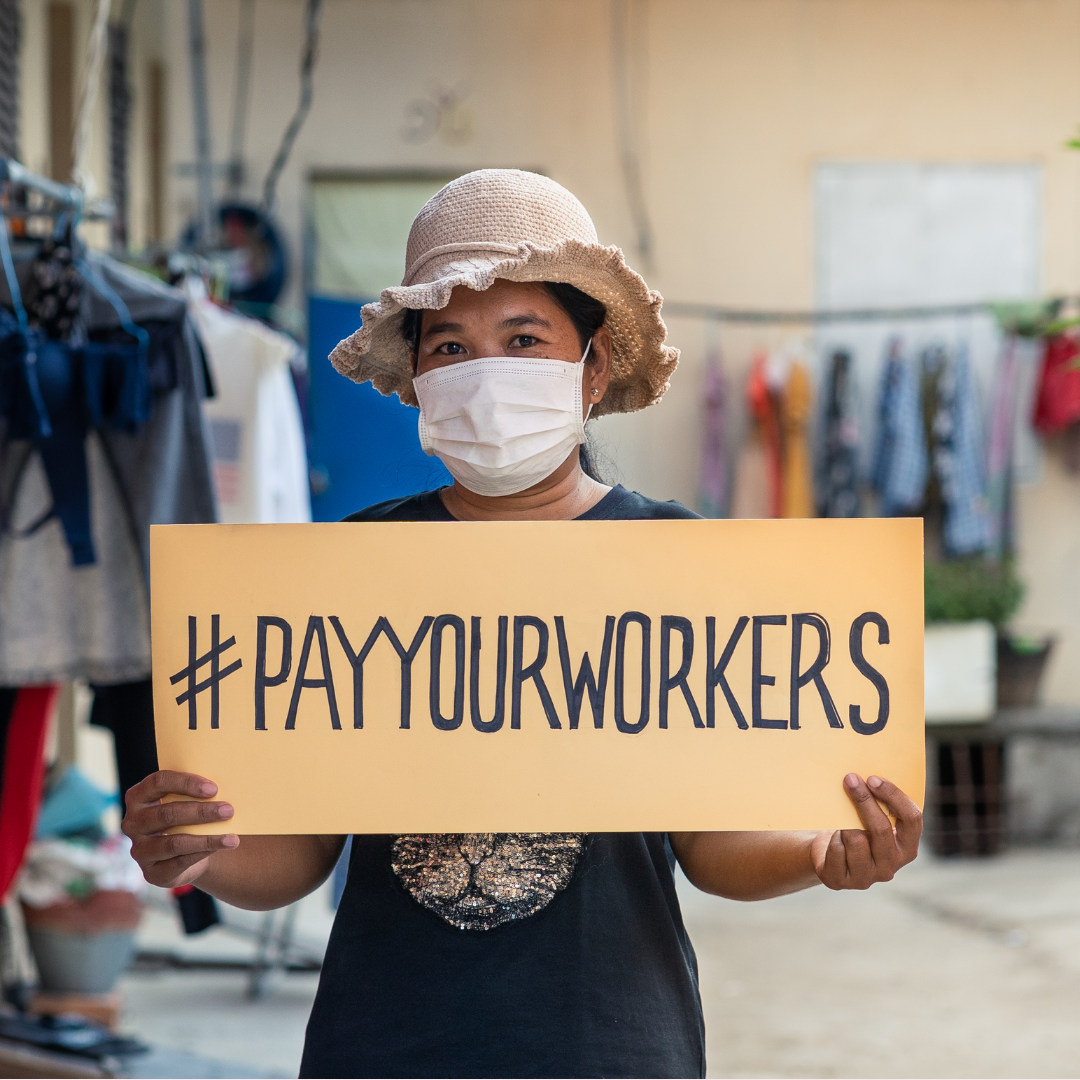 For only ten cents more per t-shirt, companies like Amazon, Nike, and Next can make sure workers survive the pandemic

A coalition of more than 200 organisations today announced sweeping demands of apparel brands and retailers for cash relief for suffering garment workers and reform of the industry.

Millions of garment workers have been struggling to feed their families since brands abandoned them last March. Brands and retailers responded to the crisis by refusing to pay their bills and using the decreased demand for clothing to extract even lower prices from suppliers. Garment workers around the world have faced a widespread loss of jobs and income, forcing many deeper into poverty and hunger. A year into the crisis, many brands have returned to profitability and some have even raked in record level earnings, while workers in their supply chains struggle to survive.

The #PayYourWorkers #RespectLabourRights campaign brings together more than 200 unions and civil society groups from over 40 countries to demand that brands provide immediate relief to garment workers and make enforceable commitments to reform their broken industry. With the website, the coalition is launching a petition, urging brands and retailers like Amazon, Nike, and Next to live up to their responsibility to contribute funds to sustain workers’ income throughout the pandemic, respect the right to organise and bargain collectively, and make sure workers are never again left penniless if their factory goes bankrupt by signing onto a negotiated severance guarantee fund.

>> Write to your local Next store manager <<

Sophorn Yang, President of the Cambodian Alliance of Trade Unions said: “Workers in Cambodia lost millions of dollars in wages during the pandemic because of brands’ actions. It’s time for brands to recognise the crucial position they hold in garment and footwear supply chains and take responsibility for the wages of workers who make them billions of dollars in profits year after year.”

PayYourWorkers.org – the campaign website launched today – is available in 8 languages. The 200 endorsing organisations include grassroots worker unions like Garment Labour Union in India, major trade union federations, including UNI Global union, and international organizations and networks such as Oxfam and Clean Clothes Campaign. In a global week of action, trade unions and activists are holding planned socially distanced in-person actions at store fronts and in front of factories in countries around the world this week, along with a digital and social media actions.

Anton Marcus, joint secretary of the Free Trade Zones and General Services Employees Union in Sri Lanka calls for broad support for the campaign: “Sri Lankan apparel sector employers haven’t paid their employees’ full wages and bonuses and have withdrawn transport and food support during the first wave in March to May 2020. According to our calculation, garment employees are owed at least USD 24 million only for that period. About 200,000 employees lost their jobs without receiving the compensation they are entitled to. In the meantime, apparel export numbers have hardly gone down. Brands and suppliers must take responsibility and pay back the apparel sector employees what they are owed.”

Next and Nike belong to the “Super Winners” who recovered quickly from the pandemic’s losses and started making profit again in 2020. Amazon did even better and reported a near 200-percent rise in profits, rising to a stunning US$6.3 billion in the first year of the pandemic. These companies can and must ensure that workers do not pay the price for the pandemic from their poverty wages.

Ineke Zeldenrust of Clean Clothes Campaign says: “We have calculated that it would take just ten cents per t-shirt for fashion brands to make sure garment workers can at least survive the pandemic, and to strengthen unemployment protections for the future. This is the minimum brands should do on the way to the living wages which must become the standard of a post-pandemic recovery. This proposal is achievable, and brands and retailers who say it is not are putting profits before the well-being of their workers.” 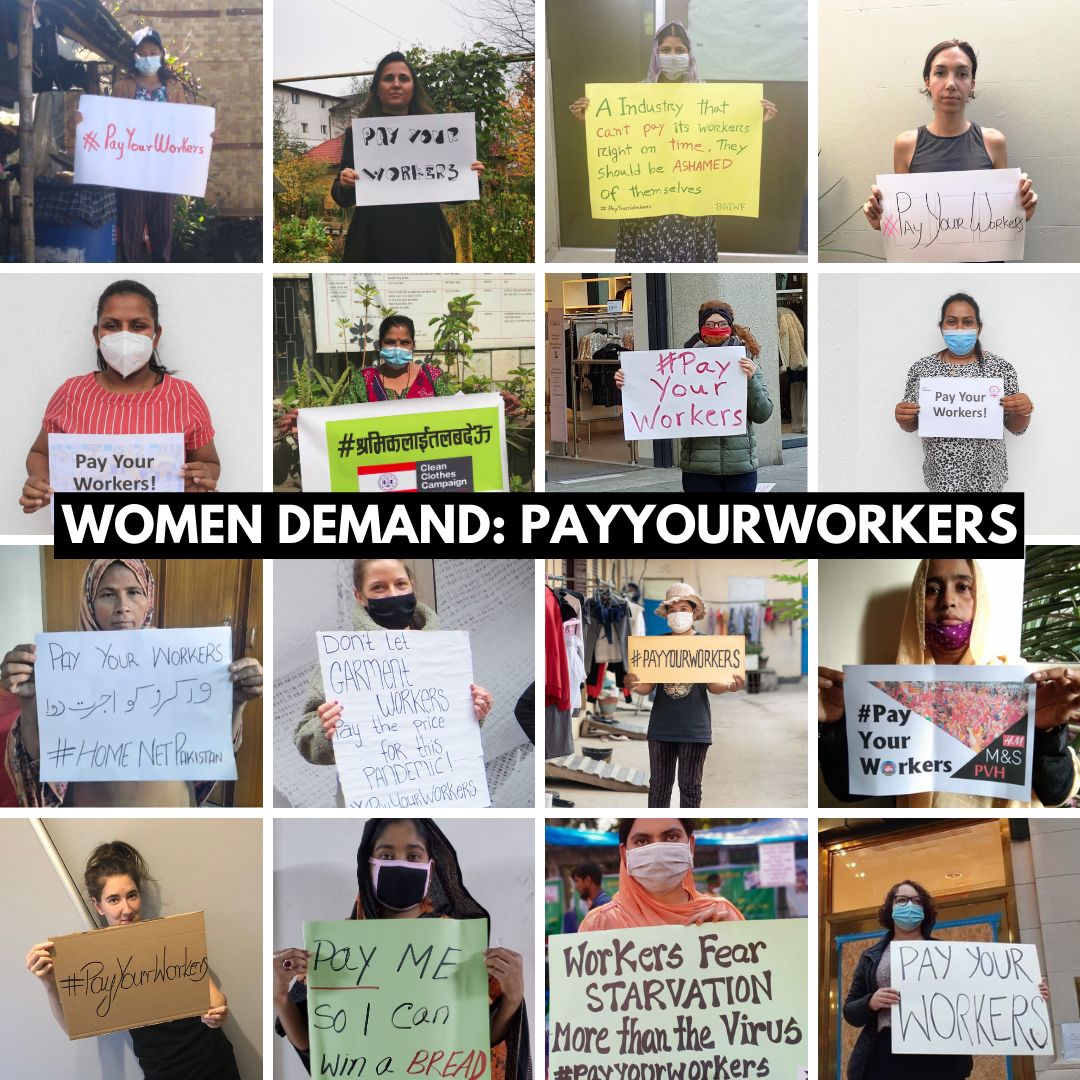