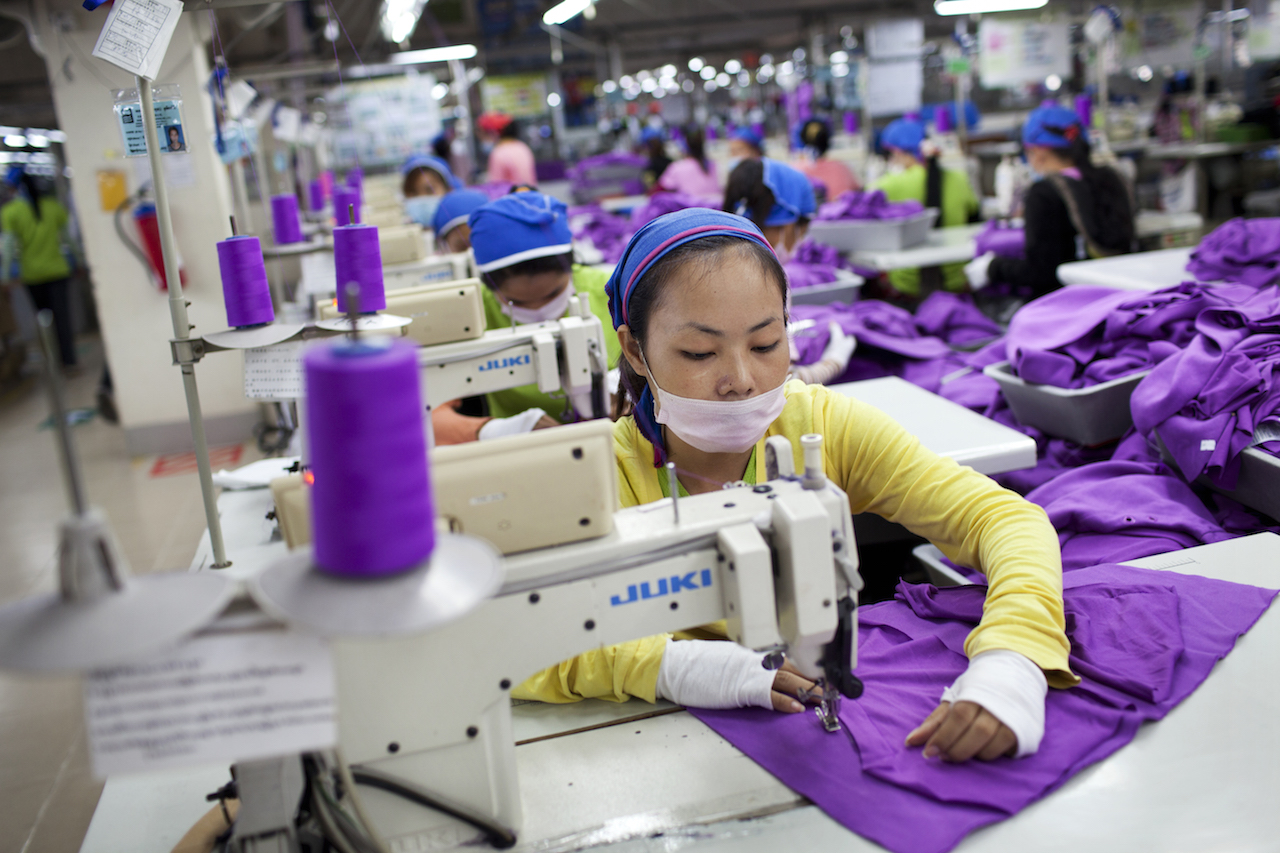 CAMPAIGNS // Today is National Human Trafficking awareness day, so we wanted to take this opportunity to talk a bit about the fashion industry and its relationship to forced labour.
0
Shares
0
0
0
0

CAMPAIGNS // Today is National Human Trafficking awareness day, so we wanted to take this opportunity to talk a bit about the fashion industry and its relationship to forced labour.

What is human trafficking

According to the United Nations, Human Trafficking is the recruitment, transportation, transfer, harbouring or receipt of people through force, fraud or deception, with the aim of exploiting them for profit.

Garments are the second highest at-risk product for modern slavery, according to Fashion Revolution’s Impact Report of 2019. Human trafficking in the fashion industry can occur in a number of different ways, such as physically restricting workers from leaving their place of work, and keeping workers trapped without pay or freedom. Another form of forced labour is Debt Bondage. This is where debts are used as a method of control and to force someone to work to ‘pay off’ their loan (or even a relative’s loan), such as Chandramma’s situation in 2019, as recorded by Fashion Revolution.

What is being done to tackle it?

One of the many difficulties with tackling modern slavery,  is that victims are made invisible by the systems that enable exploitation. One of these is the lack of transparency in fashion company’s supply chains- meaning that they deliberately tell us very little about where and how their clothes are made. And as Fashion Revolution says “A lack of transparency costs lives.” If companies aren’t required to reveal their supply chains, they can’t be held accountable for any violations in worker’s rights. With more transparency, there would be more accountability for these companies to actively show us that they were creating their clothing without forced labour.

The UK Modern Slavery Act (2015) made a start in holding companies accountable, by requiring companies above a certain turnover to publish an annual slavery and human trafficking statement, outlining if they have found any instances in their supply chains. However, a report published in 2021 by the All-Party Parliamentary Group for Ethics and Sustainability in Fashion estimated that 40% of the companies who should be publishing these statements have never done so in the 6 years since the act was passed, and yet they have never been penalised for this by the government. Amy Benstead has written more about what should be next steps from the Government and the industry to make an impact.

It’s imperative that we hold the industry to account. A 2020 UN report found that patterns of forced labour came from industries with a degradation in labour rights, something we know is rife within fashion. Union busting, wages well below the living or even minimum wage, and unsafe work conditions are but some of the proven conditions workers who make our clothes work in.

What can we do?

We do have the power together to push for a safer and more equitable fashion industry. Groups that work to stop human trafficking include Stop The Traffik and Hope for Justice, both of which are global initiatives worth supporting- consider them for your next workplace fundraiser, for example.

Fashion Revolution needs EU member signatures on their Good Clothes Fair Play campaign, while Labour Behind the Label are holding Adidas to account for wage theft and need signatures too. You can also make a difference by getting involved in protests, and sharing information about the realities of the fashion industry within your community. Labour Behind the Label have some brilliant guides to take action– try emailing your favourite clothing company to ask for their record on human trafficking. Definitely follow and support the work of organisations like Amnesty International, who campaign for human rights across the globe, including worker’s rights.

As mentioned above, human trafficking becomes scarily easy to hide in industries with a degradation of labour rights. The UK government is currently attacking workers’ right to strike, and the Trades Union Congress in the UK has just announced plans for events across the country against the proposed new bill, which we would encourage you to get involved in.

Take Action- Labour Behind the Label