Today during Fashion Revolution Week, we are focusing on #WhoMadeMyClothes?

Covid-19 has caused a fashion crisis and garment workers need our support more now than ever.

What is going on?

As a result of the lockdown, demand for clothing has dropped, resulting in a huge reduction in sales. According to an ongoing poll by Euratex, the European Apparel and Textile Confederation, 80% of its member companies are already laying off workers and more than half of them expect a drop in sales and production by over 50%.

Brands in the UK and other consumer countries can access government support to furlough their staff and contribute to stores’ overheads. Some brands are claiming this support despite having billionaire CEOs who’d have no difficulty in personally footing this bill. By way of an example, Philip Green of Arcadia Group is asking for gov support to furlough 14,500 employees (more on that here).

Maths might not be our strong point, but by our calculations a single dividend – the famous £1.2 billion dividend taken by Green and his wife in 2005 – would cover the cost of furloughing these employees for 33 months, never mind the 3 months currently offered by HMRC! And this is calculated at the maximum of £2,500 per month – no doubt way above the wage of most Arcadia retail staff.

This can’t play well in terms of public opinion, especially so hot on the heels of the BHS Pension Fund fiasco a few years ago. 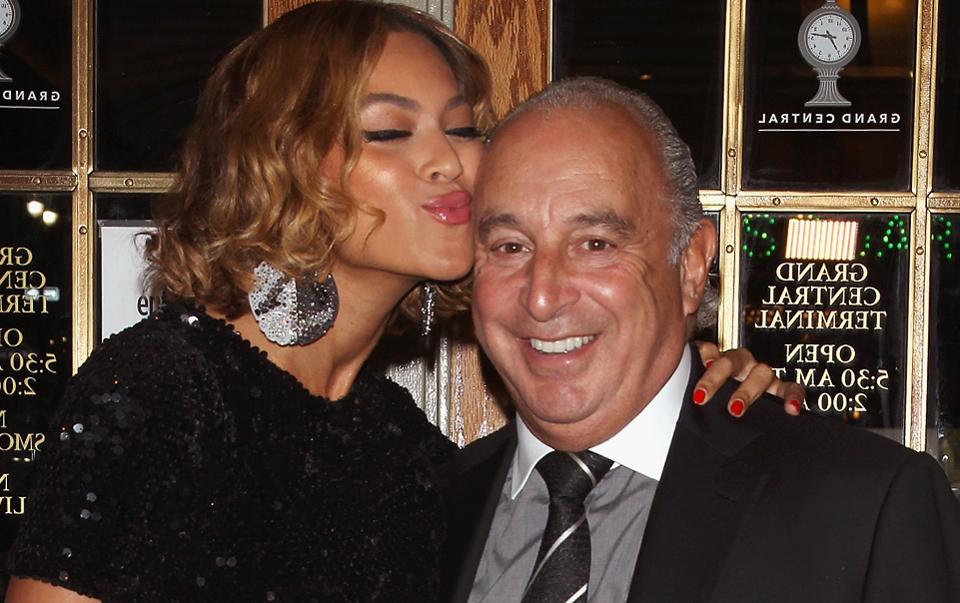 Meanwhile in producer countries including Bangladesh, Cambodia and Indonesia, brands are cancelling orders with their suppliers or retrospectively negotiating lower prices for orders already placed (and in some cases already manufactured and ready to ship). While these orders are subject to contracts, brands are attempting to use the force majeure clause to evade their responsibilities to pay compensation or honour orders already placed.

Arcadia Group is reported to have cancelled £100million worth of orders globally.

Garment manufacturers usually pay the costs of materials and labour upfront, manufacturing and shipping orders before invoicing the buyers. Therefore, cancelled orders leave garment factories in an extremely difficult financial position. As a result, many are laying off workers, dismissing them without severance pay or without wages due to be paid in arrears, some shutting down their factories altogether.

Levels of social security in garment producing countries varies, but many garment workers – who are already in financially precarious positions – are falling through the net, some left without any income at all, say Clean Clothes Campaign.

“Brands have profited for many years from producing in low wage countries without social security systems and have in many cases built up huge empires through this business model. Decades of exploitation must now be paid back to care for their workers.“
– Dominique Muller of Labour Behind the Label

In addition to financial matters, many garment workers are concerned about being made to work during the Covid-19 pandemic without adequate protection – there are reports of workers continuing to work in close proximity, and without access to masks or handwashing – as Kalpona Akter, director of the Bangladesh Centre for Worker Solidarity says on a recent episode of the Wardrobe Crisis podcast.

In Savar, the industrial suburb on the outskirts of capital Dhaka, several hundred workers of three factories blocked the Singair-Hemayetpur Road for the straight second day, claiming they hadn’t been paid for months.

Here are a few excerpts from Clean Clothes Campaign and other organisations on the impact on garment workers around the world:

Bangladesh – 4.1 million garment workers in Bangladesh are affected by the crisis, and textiles and garments made up 90% of the country’s exports last year. A survey of 319 garment factory owners in Bangladesh conducted by the Center for Global Workers’ Rights between March 21 and 25, revealed that when cancelling orders, over 72% of buyers refused to pay for raw materials (fabric, etc.) already purchased by the supplier. Over 91% of buyers refused to pay for the cut make-trim cost (production cost) of the supplier. “As a result of order cancellations and lack of payment, 58% of factories surveyed report having to shut down most or all of their operations.” Some workers in Bangladesh haven’t been paid at all for 2 months.

Cambodia – Media reported on a confirmation from The Labour Ministry of Cambodia that workers who did not report to work during Khmer New Year holidays (a national holiday cancelled due to Covid-19) without permission from their employers will not get paid for 14 days. One worker said that being left without pay for 14 days would leave her in a life-threatening situation due to not being able to afford food.

Myanmar: As factories in Yangon prepared to re-open on 20th April, media reported that factories that have not reached an agreement with their workers on the terms of working conditions during the COVID-19 outbreak will have to shut down. Daw Khine Zar Aung, chairman of the International Workers Federation of Myanmar, said that workers seek more safety measures in the workplace, which have not yet been guaranteed by many employers.

Pakistan – According to a study by Mazdoor Akath (Labour Collective), more than 1 million textile workers are set to lose jobs in Pakistan because of declining global orders amid the coronavirus crisis. While the Sindh provincial government ordered employers to pay workers for the next three months, the reply of the Employers’ Federation of Pakistan (Sindh) was: “businesses are run for profits and it is the fundamental right of the employer to decide about operating the mills and to hire and fire the labour.”

Sri Lanka: The government in Sri Lanka has announced a relaxation of COVID-19 measures, which includes restarting garment factories with a limited number of employees, some of which will start producing PPE. Reports from the CCC network suggest that some factories which have already open have selected employees by disregarding seniority. Some have already unofficially dismissed employees who worked until the curfew was declared but are over 50 – 55 years of age as well as contract employees who have worked less than one year at the factory. Apparel sector employers are saying that they can employ only 30 % of the present employees.

Follow the latest updates on this issue via Clean Clothes Campaign, whose live blog tracks all aspects of this issue globally – including updates from workers and factories, actions taken by governments and coverage in the press.

Workers Rights Center (WRC), in association with the the Center for Global Workers’ Rights (CGWR) at Pennsylvania State University are running a tracker on brand responses to this crisis, providing data for the #PayUp campaign – see ‘How You Can Help’ below.

Asia Floor Wage Alliance, have published a report on the major ways in which the COVID-19 pandemic has played out in four major textile and apparel production countries in Asia, in terms of wage disbursal, social security, migration and healthcare.

There are two podcasts you can listen to for more on this: Wardrobe Crisis with Clare Press, and Fashion Critical by Lucy Siegle and Livia Firth.

Two of our favourite writers on fashion are Aja Barber and Tansy Hoskins and we highly recommend following them if you aren’t already. Both are calling for fast fashion CEOs to stump up, rather than asking for government bailouts. These individuals have amassed wealth the size of whole countries (see below) thanks to avoiding their taxes and the strategic use of supplier countries which prohibit or restrict trade unions and have poor protections for workers in law.

How you can help

Sign the #PayUp petitions. This website brings together a number of campaigns globally, and you can sign all of their petitions here, including Traidcraft’s petition directed at UK brands.

Ask brands all week #WhoMadeMyClothes? To let them know that consumers care about garment workers. Take a selfie showing your label, and share on social media with the hashtag and tagging in the brand. If you don’t hear back, be persistent. And ask your mates to join in. Even better if several of you buy from the same brand. The bigger the noise, the harder we are for brands to ignore.

Keep your eyes peeled for more campaigns on this issue – particularly on the matter of billionaire CEOs bailing out their own companies – we can feel something brewing!